Bay of Temples - Vietnam and Cambodia

Delve into the magic and mystery of Vietnam and Cambodia tour

On your 11 day itinerary, you will explore fascinating history, architectural beauty, magnificent temple and ruins.

Southeast Asia has several allures to bestow travelers with some of the most fascinating experiences and culture and heritage are prominent among them. And travelers can get an astounding view of the rich cultural legacy on a visit to Vietnam and Cambodia. These two neighboring countries have a great wealth of cultural and heritage sites in the form of temples and pagodas. Besides beautiful settings, natural landscapes and hospitable people, these two countries have a couple of thing in common - their temples and cultural sites. This cultural legacy can be best explored on a tour to Vietnam and Cambodia.

BookOtrip’s Vietnam and Cambodia tour packages are planned in a way to take travelers through some of the most prominent temples and pagodas of these countries.The itinerary created by some local travel experts acquaints you with finer nuances of cultural sites. We have leveraged our experience, expertise and alliance with global operators to make it simple and cost-effective for you.

Your Vietnam - Cambodia tour begins today. On arrival in Hanoi, the capital of Vietnam, get transferred to hotel. Check-in on arrival. Freshen up and relax for a while before setting out for a sightseeing tour of Hanoi. On your tour you will be taken to Son Temple and the Tiny Tortoise Pagoda. Later you will have a glance over the day to day life in Hanoi while visiting the street market called “The 36 Streets”. Then go to add some more cultural insights with a visit to the national museum of Vietnam, built between 1926 and 1932. On arrival, you can see a vast collection of valuable artifacts covering the Bronze Age, Hung Periods and Cham period, Neolithic age and Sa Huynh Oc Eo which date back to 100 AD. Later, return to hotel for dinner and overnight stay.

Have a healthy breakfast at hotel and set out for a visit to the famous Temple of Literature and Ho Chi Minh Memorial Complex in Hanoi. Both the attractions are situated a kilometer apart. Later drive to Ha Long Bay, situated 180 km away. A relaxing overnight stay in Ha Long Bay.

Afterwards, get transferred to Hanoi Airport to take your flight to Da Nang. On arrival in Da Nang, leave for Hoi An, which is 30 km away. The path looks magnificent with sights of marble mountains and small villages. Overnight stay at the hotel.

On 4th day of Vietnam vacation leave the hotel after breakfast. Head for an excursion with a boat on the Thu Bon River, a UNESCO World Heritage site. On the way explore Harbor, Chinese Style Pagoda, Japanese Covered Bridge, family chapels, market and woodcarving village. The excursion takes 6 hours.

Embark on a sightseeing tour of Traque Vegetable Village on Bicycle. Lunch will be served there. Return to hotel in Hoi An for overnight stay.

After breakfast, set out for a boat trip on the Perfume River to reach Thien Mu Pagoda. The pagoda was built in the year 1601 by Nguyen Hoang in Hue.

Founded in 19th century, Imperial Citadel may not be as impressive as it was during its heydays but still attracts a large number of visitors. This once impressive Citadel got destroyed during battles against the French in the year 1947. Later attack from American forces during American Vietnam War further destroyed it. Still the monument is worth exploring and gives an insight into the court life of Nguyen Dynasty.

Have a scrumptious breakfast and head for an excursion to Saigon and Cholon. On this excursion visit important places of interest like City hall, Notre Dame Cathedral, Central Post Office, Emperor of Jade Pagoda, Reunification Palace, Cholon Chinatown, Ben Thanh Market and Thienhau. After sightseeing, return to hotel. Overnight stay at hotel.

Have a scrumptious breakfast at hotel. Morning is free at your leisure. Later, transfer to Saigon Airport (SGN) to catch a flight to Phnom Penh, the gateway to most of the vacations in Cambodia. Relaxing overnight stay in Phnom Penh.

Have a scrumptious breakfast and embark on a sightseeing tour of Phnom Penh where you will explore the Central market, National Museum, Silver Pagoda and Russian Market.

Phnom Penh
Phnom Penh, the capital and largest city in Cambodia attracts a large number of travelers who come to explore its countless tourist attractions and activities. A visit to this city will allow you an opportunity to explore its cultural and historical attractions.

Later board a flight to Siem Reap.

Have a breakfast in the morning and set out for an excursion to Angkor where you will explore several places of religious interest that include Banteay Srei Temple and Banteay Samre, a 12th century shrine dedicated to Lord Vishnu. A visit to Angkor is a major highlight of Cambodia tours. The place with rugged beauty is ensconced in the roots of giant tree. Prasat Kravan which is built in 921 and a place of religious interest for Hindus, is situated nearby. You will also explore Banteay Kdei, a 12th century Buddhist shrine.

Later visit Ta keo, founded by 10th century rulers Jayavarman. The temple is dedicated to Lord Shiva and adorned with 50 m tower surrounded by four lower towers. Further in your itinerary, is a visit to Thommanon, a Hindu shrine built during the reign of Suryavarman II in Cambodia.

Later, return to hotel for a relaxing overnight stay.

You Cambodia vacations concludes today. Have a scrumptious breakfast and set out for a visit to Angkor Wat. The temple was built during 113-5BC by King Suryayarman II and remains one of the must visit destination for travelers visiting Cambodia. The temple leaves travelers stunned with its beauty and intricate carvings. The place is also popular for its sunset and sunrise.

Later, visit Angkir Thom, the last capital of Khmer empire. The city is fortified by a wall and wide moats. The city allows you to explore several tourist attractions including well preserved bas reliefs.

Later, transfer to the airport for your onward journeys. Return home with beautiful memories of vacation.

*
*
*
*
*
Customer Reviews
Adam
great vietnam cambodia trip with Bookotrip. I enjoyed it to the fullest.I would definitely love to travel again.
Rating: 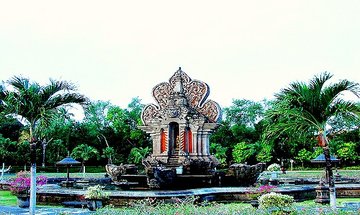 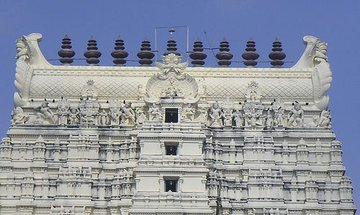 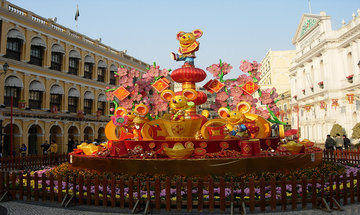 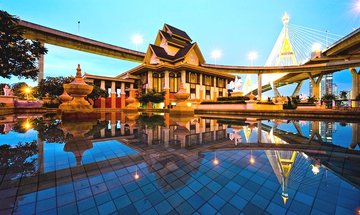 Delightful Bangkok and Pattaya
6 Nights / 7 Days  Continuously rated as one of the to...